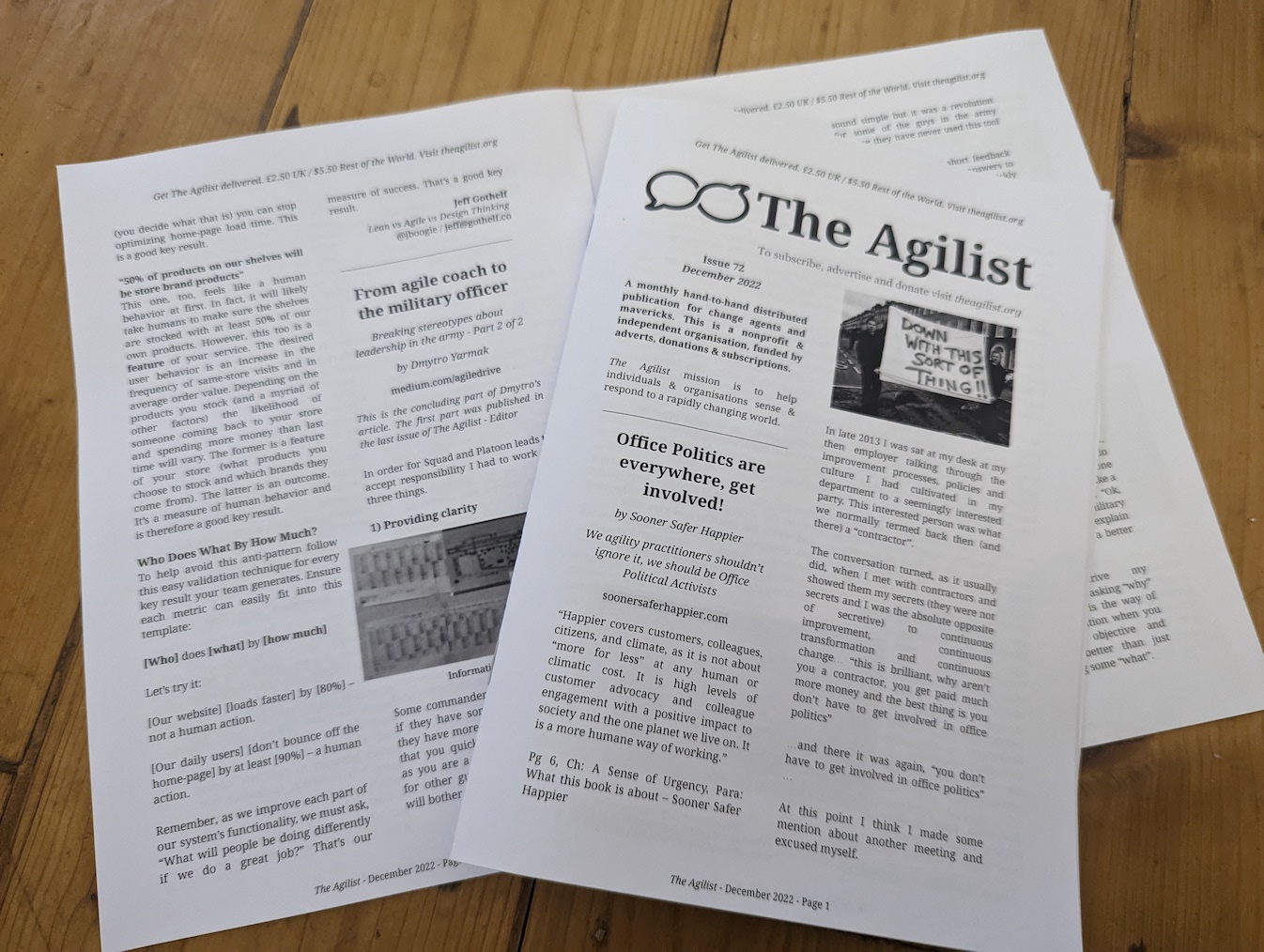 Email Dean if you’d like to order back issues, or start a subscription.

Office Politics are everywhere, get involved! says Matt Turner. Matt says we agility practitioners shouldn’t ignore it, we should be Office Political Activists.

NOBL write about Change Theatre being a barrier to change. They say that any change effort that talks a big game without ever delivering real results has a pernicious effect on an organization’s overall ability to change, eroding the collective belief that change is possible.

Jeff Gothelf reminds us that, through the use of OKRs, when we attempt improvements, we must ask “What will people be doing differently if we do a great job?”. That’s our measure of success.

In the concluding part of his article on breaking stereotypes about leadership in the army, Dmytro Yarmak shares his journey from being an agile coach to becoming a military officer in active combat in Ukraine.

Plus a podcast recommendation, Quotes & Quips and the How We Think snippet.