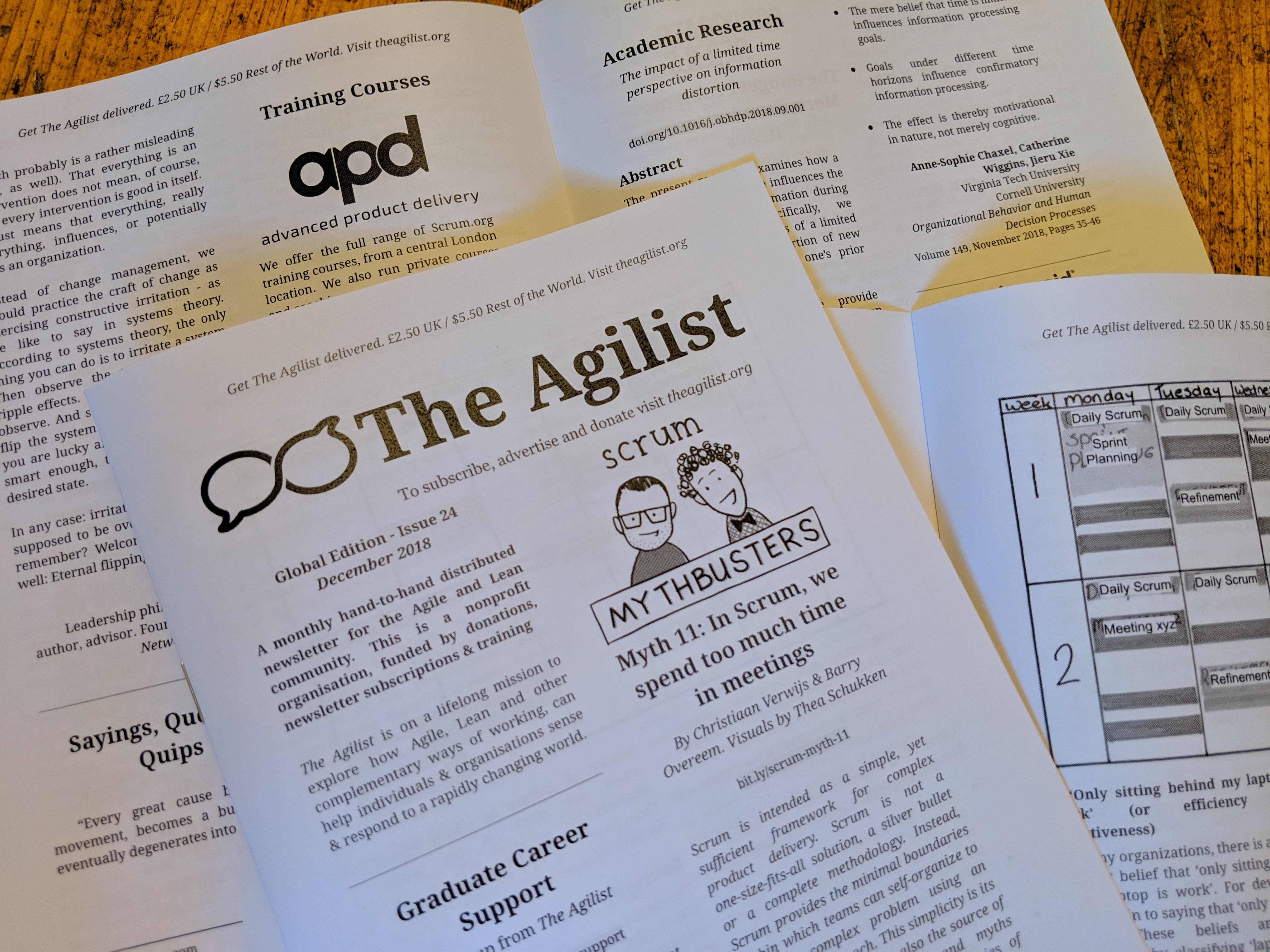 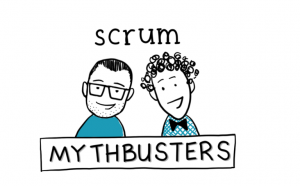 Following last issue’s Scrum Mythbuster, Christiaan Verwijs & Barry Overeem busts the myth that in Scrum, we spend too much time in meetings. They also offer practical tips to prevent or resolve the symptoms behind this belief.

Niels Pflaeging explains that change is not a journey, despite it being often described as such. Neils provides five key insights into the true nature of change.

In the second in the series, Corporate Rebels features an article from Bjarte Bogsnes, the man behind the Beyond Budgeting movement. Bjarte highlights the dissatisfaction of the annual budgeting process, and the damage the process creates for the rest of the year.

There is an illustrated piece from gapingvoid, the culture design group. There’s also news on the new Graduate Career Support provided by The Agilist.