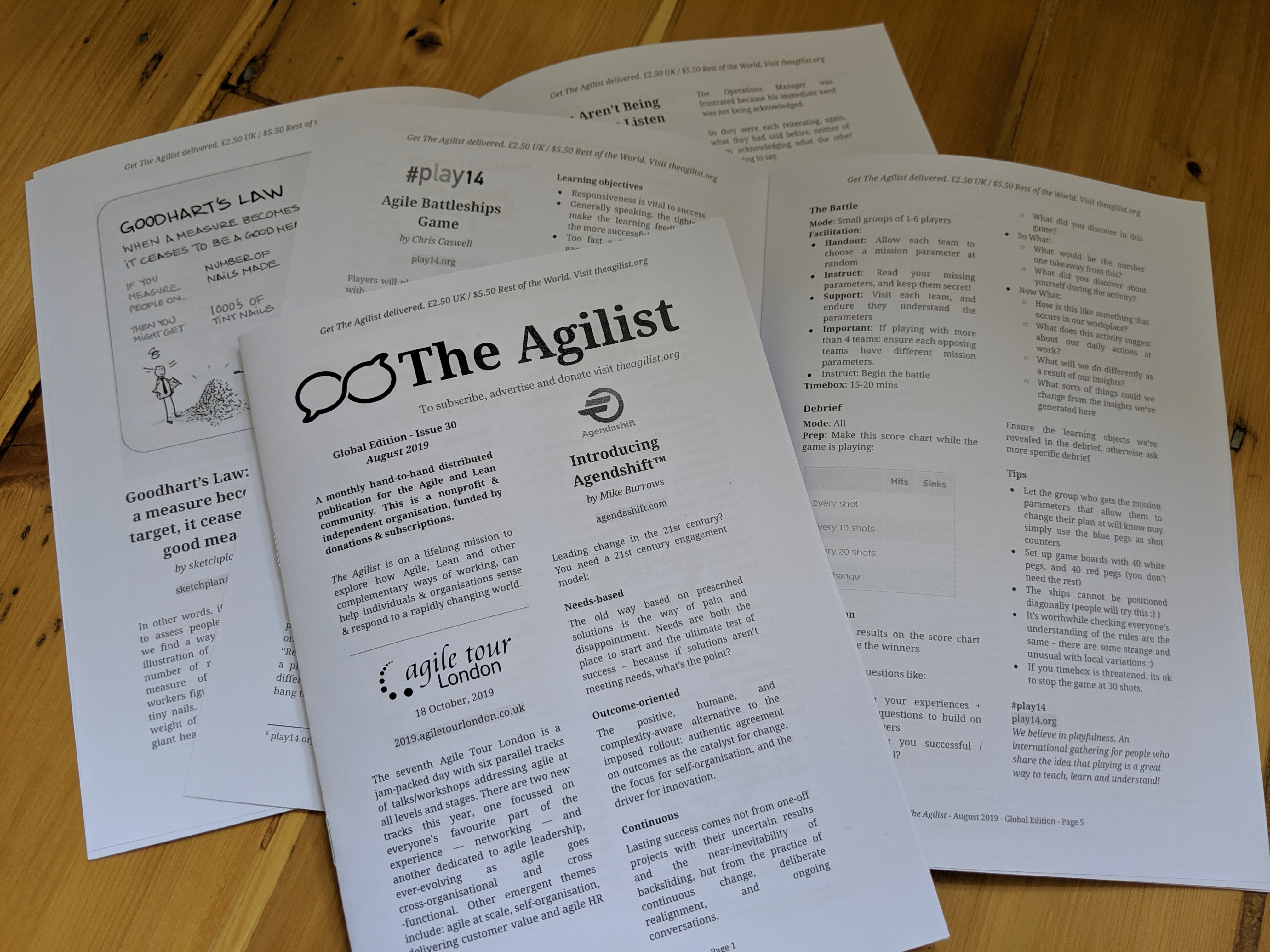 Leading change in the 21st century? You need a 21st century engagement model. That’s what Mike Burrows tells us in his introductory article to Agendashift. Agendashft helps you keep your business vision and transformation strategy aligned with and energised by a culture of meaningful participation.

In the first article from #play14, Chris Gaswell describes a group exercise where players learn the impact of how constraints can impact the team’s responsiveness.

Hierarchy Is Not the Problem reasons Richard Bartlett. Richard explains his understanding of hierarchy and power, making the argument that this focus on “hierarchy” is a dangerous misdirection.

Through illustration Jono Hey, of sketchplanations, introduces us to Goodhart’s law, which states that when a measure becomes a target, it ceases to be a good measure

Mark Rosenthal warns us that if we say something, and the other person responds by reiterating what they have already said, this should be a Big Red Flag. They are not going to hear anything until they feel you have heard them.

As an opinion piece, Christiaan Verwijs explains the dangers of adopting an agile maturity model. He warns us that such models can over-simplify reality that is uneven and messy.