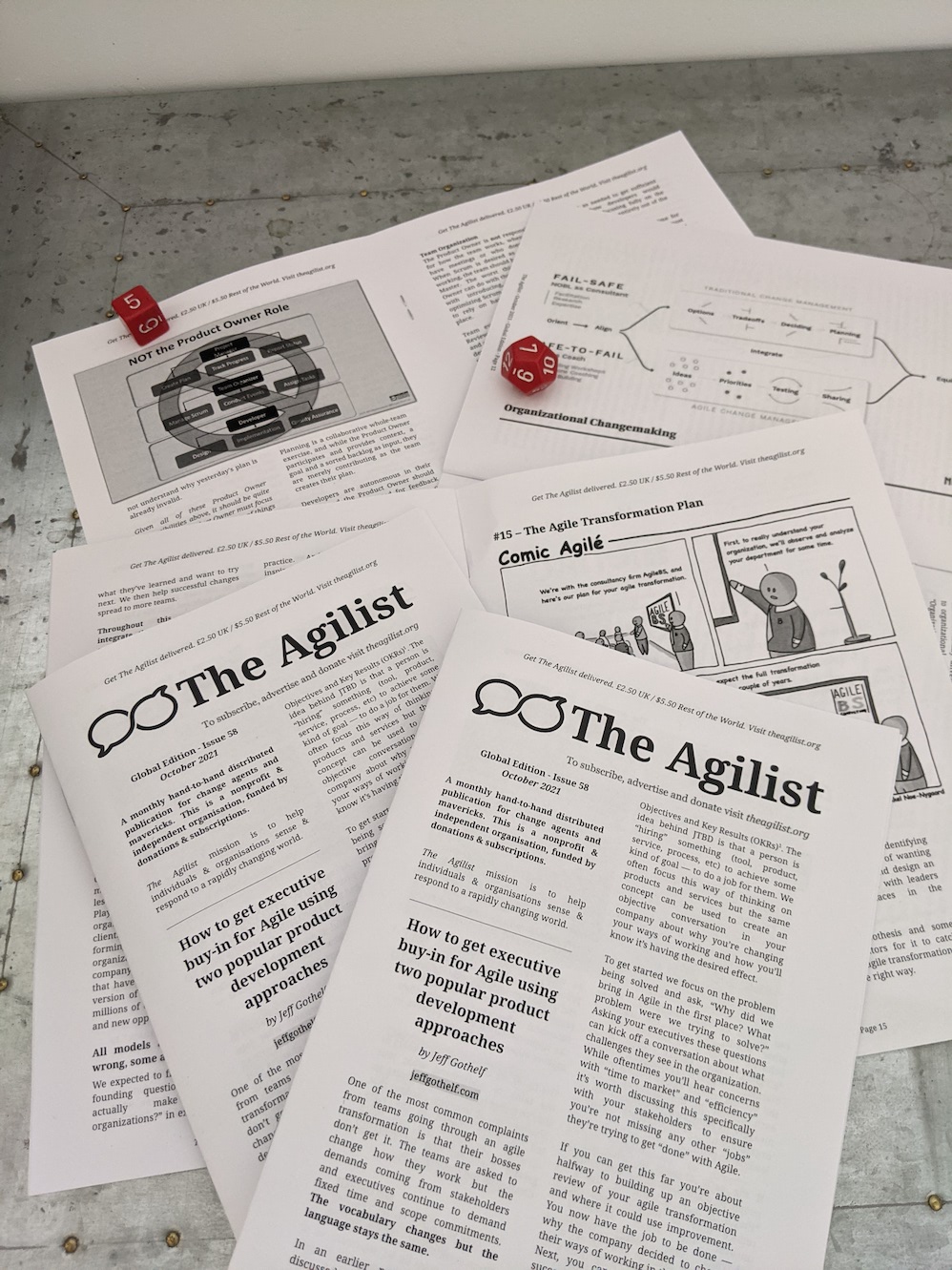 Why doesn’t The Agile community practice empiricism? askes Christiaan Verwijs. Christiaan argues we need greater evidence to support the methods we claim are successful. Scientific techniques such as replication will help overcome any personal bias.

Maarten Dalmijn says many Scrum Teams suffer from the phenomenon of Goldfish Memory where they only examine work done in the last sprint. Instead, he recommends examining feedback on how the live product is performing against its vision.

COVID has forced organizations to change and has created new market conditions, states NOBL. But now it’s time to think strategically about work and design your organization for the future.

Taking inspiration and lessons from Buurtzorg’s revolution in community nursing in The Netherlands, Corporate Rebels reports on efforts to strip away bureaucracy in parts of the NHS.

Gapingvoid provides an opinion piece stating the “next big thing” is not technological, but cultural: The reinvention of work to being less transactional and more transformational.